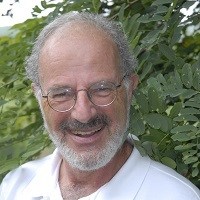 “During my tenure as Chief Economist at the International Finance Corporation, I had the pleasure of meeting Peter. While I did not work directly with him, I knew his boss very well who introduced me to him. Peter struck me as being highly intelligent and socially adept, and he displayed a profound passion for putting information and communication technologies to good use not only for the staff of the World Bank Group, but also for people in developing countries.

Within the World Bank Group, Peter not only formed a mobile computing task force to support staff in their mission work in developing countries, but he also managed to bring the World Bank online with their first web server, allowing for public distribution of the Bank’s research and publication. To highlight his foresight, he managed to bring this Webserver online three months before the Board of Directors passed the Bank’s new public information disclosure policy. Further, Peter helped to bring some African countries online on the Internet by finding Bank budget resources to kickstart their connectivity.

He also was a networker who brought Bank staff together with experts from various stakeholder groups to discuss ways and means to bring connectivity to developing countries. All of this he did years before the World Bank Group formally woke up to the challenge and formed the Global ICT department. Personally, I found him a warm and fun person to be with, and I enjoyed his style and personality”

Quote of the Day

This site is reachable via